As Jack awoke one night from uneasy dreams, a corpse was lying in front of him on the floor of his living room...

CONTROLS FOR WEB PLAYER AND MOST EMULATORS:

And if you would like to get deeper into the world of Jacks story, please check out the short horror film I made a few years ago:

Download
ROM - The Dead in my Living Room 256 kB

.........WARNING: {This comment contains spoilers for {IT} movie events} I think the game has a secret thing and the secret is when you see the blood in the bathroom and activate with it you will see this: {blood......I think I can hear a voice......'' BEEP BEEP JACK! ''  '' thy all float down here! ''...'' when you are down here with us, you will float, too! ''} and then when you go the window the neer to the bath and activate with it you will see this; {the moon looks like a blood-red balloon... '' } and all of this seems like it's a secret to the popular movie; {IT} and {JACK} is the man how killed {IT} in the {IT} movie 2, and the blood-red balloon it refers to the red balloon how was the {IT} uses it in the movie and the '' BEEP BEEP '' was to {JACK} when he throws a spear to {IT} and killing hem with saying this; " BEEP BEEP MOTHER FUCKER " and I think this words it how said it so that's why he says beep beep {jack} and you will { float too } {IT} was using it all the movie to scar the people and the speer flying in the sky to hit {IT}.......END bye

WAIT THERE IS MORE THAN ONE ENDING

Nice work! Played the game for like 20 minutes. Got 3 endings so far. Are there any more endings? BTW, I also watched the film you made. Now I think I might have a clue on what's happening.

Hi! Thank you very much for playing and watching! :-) You found all endings, congratulations! :-D And if you‘d like to, please tell me your clue on what’s happening...

HAHA, thank you. I'm flattered lol. Here are my guesses.

1. Jack hit a woman on his way home, and he carried her all the way home. So that's the corpse in the living room.

2. Jack killed his girlfriend (wife?) Lenore (maybe she cheated on him) and covered her with the blanket.

3. Jack lured some girls to his house and killed them to feed the corpse flower.

4. Jack has dual personality or paranoea, he can't tell reality from illusion. His bad aspect took control and killed those girls. That's what Jack calls "dream".

5. Jack is a scientist or something, he runs a secret lab and studied mutant spiders and plants, and fed them with human flesh.

I think that's all for my hypothesis. And I have some questions in my head.

1. What's the meaning for the "beep beep jack" scene? I think it's from the movie IT. But why?

2. What happened to Lenore?

3. Who's the previous owner of the house, why is there a key hidden in the sofa?

4. The spider seems to be in Jack's imagination, what does it stand for?

5. Those books shared the same word "four". What does it imply? I initially thought it would be a password for some puzzles or so.

Sadly, The movie itself doesn't help much in understanding what's going on.

I am sorry, but I will only give vague answers :-p

1. It is a little Joke and a fan-thing on the one hand. On the other hand: there are many connections between my story and IT. My spider represents something different than the spider in IT, but it is also not pleasant. ;-)

3. The Shining and Lost Highway can give the answer. :-)

4. I think the short film gives the answer.

5. The number has a trivial and a more symbolic meaning.

I really don’t want to be too artsy fartsy, but to be honest I love stories that are a bit ambiguous and I think they only stay interesting as long as the author doesn’t explain too much! :-D

Thank you for your interpretations!!!

Thank you for the reply. I think I'll play the game again and watch the film again to see if I can make more sense. As a matter of fact, I love novels, movies and games which leave enough space to the audiences. Otherwise it will not be enjoyed for the second time.

This game is crazy! It reminded me of "The Telltale Heart" by Edgar Allen Poe. I love the story and the graphics/cutscenes! It was also weird how you had one location that changed as you walked about. The room with the corpse heads really surprised me! Does that mean that his partner wasn't his only victim?

Great! Thank you so much! Yes, you are absolutely right. Jack is a serial killer...

This game was great! I liked the simplistic art style, this game convinced me to try out spookier games! Took a while to find the key however...

Thank you very much! That is so great to read! I am very happy that you enjoyed the game! The spookier the better I‘d say! :-D

Nice little horror story. The art was great, took me a little while to discover the key though! The things that appear in the dining room felt like they should be clickable.

This was great!!!! Short, but i had a lot of fun with it, and it's nice to play something that isn't a big time commitment

Thank you very much for your feedback! That means a lot to me! :-) 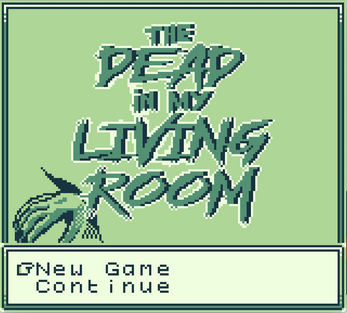 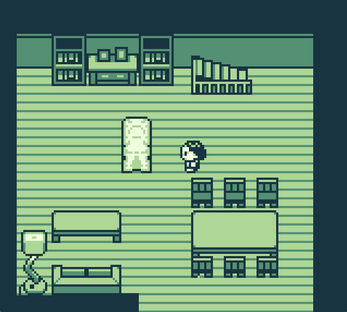 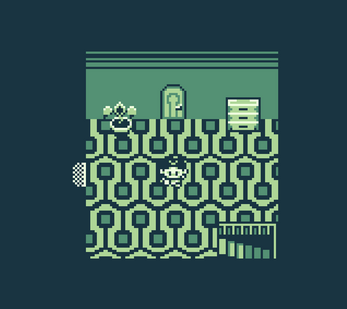 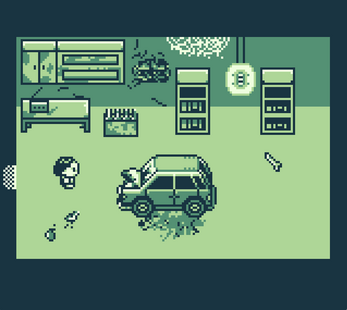 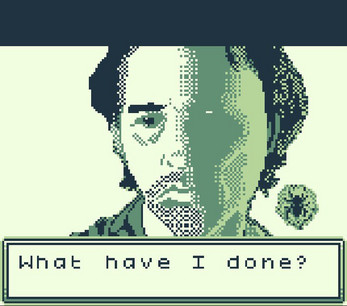